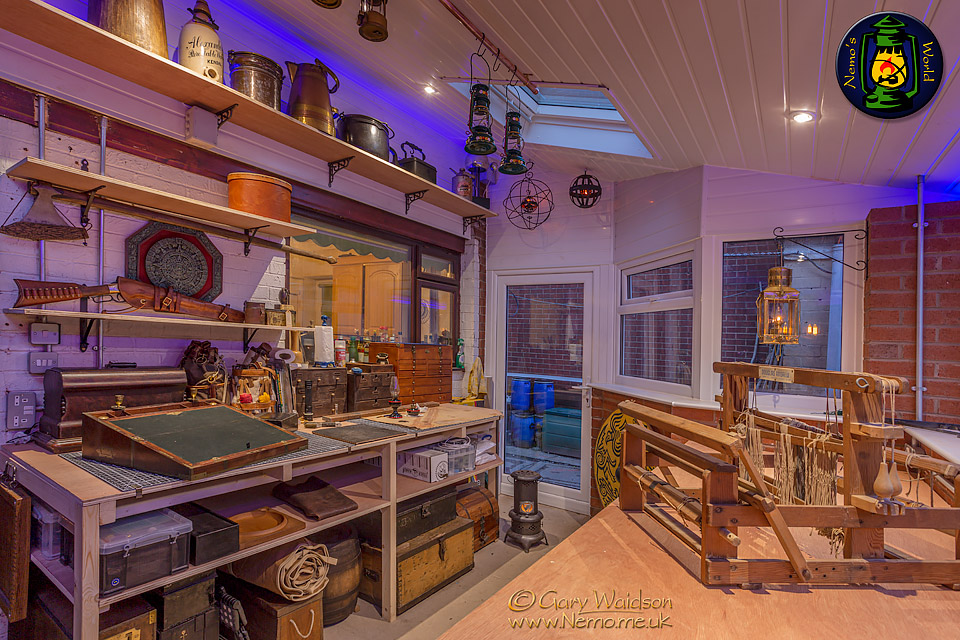 Debs and I are both “crafty” people, we enjoy tinkering and making things and inevitably that requires a bit of space.

Our house came with a conservatory which was built, very badly, by the previous owner. It served us as a storage area but because it was built with no thought about drainage , damp courses or insulation it was damp and in danger of falling down.

This year we decided to demolish the old one and construct something more suited to our needs in it’s place.

After the late summer of 2019, when we were plagued by biblical rainfall resulting in numerous delays, at last it is finished. 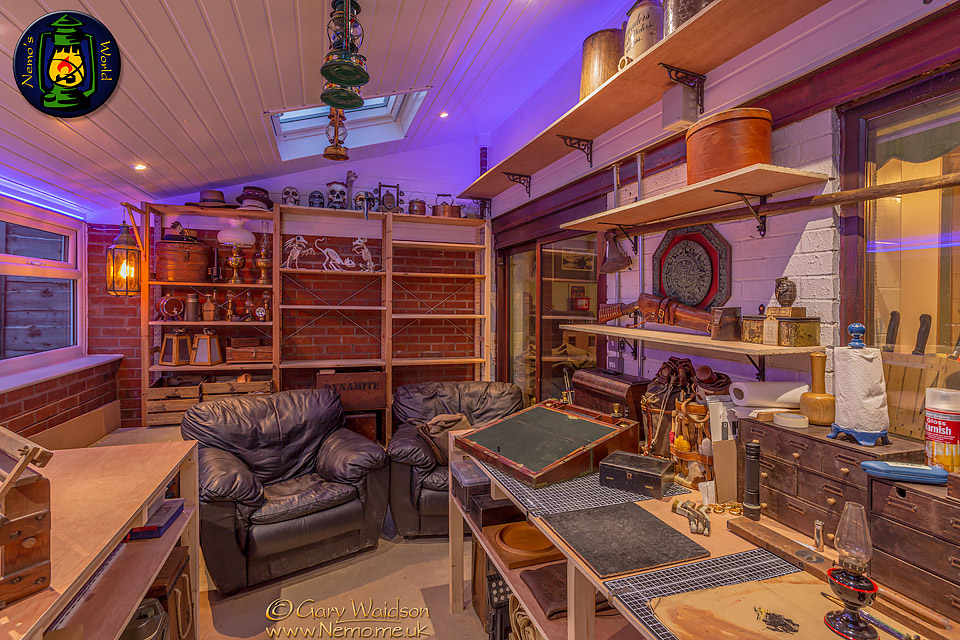 The idea is to provide two large workbenches, one for Debs and one for me. There is also an area for sitting, reading or just chilling out.

We wanted it to be a pleasant space that we could use year round so it is well insulated  and with the addition of a small paraffin heater we hope it will allow us to be productive even in the depths of winter. Time will tell on that one.

Eventually, when the brickwork and concrete have dried out properly, we will move some of the craft and art books into the shelving at the end and we needed to incorporate storage space into the benches for the re-enactment / Steam Tent gear as well.

This extra space will allow us to work on multiple jobs simultaneously which is often much more efficient as you often find yourself waiting for something to dry or cure before being able to move on to the next part. 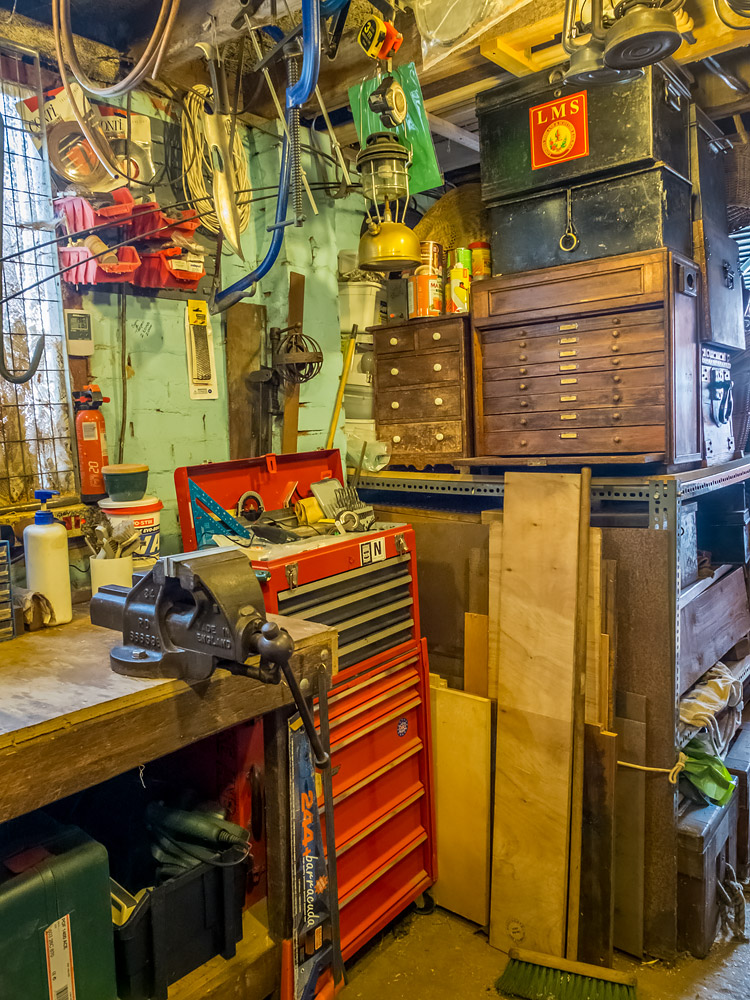 The Studio will be reserved for the cleaner types of work like leatherwork, printing, painting and textiles, the heavier, dirtier work, like wood and metalwork will continue in the garage workshop along with the storage of much of the heavier camping equipment as well.

Perhaps not as relevant an article as others on this web site but I thought it might be interesting for people to see where some of my craft work is done.

So now you know, and hopefully you can look forward to seeing much more of that work in the future.

I’ve already got a few jobs on my bench that have been waiting fora bit of space, starting with some bargeware.

More news on other projects as we go on. 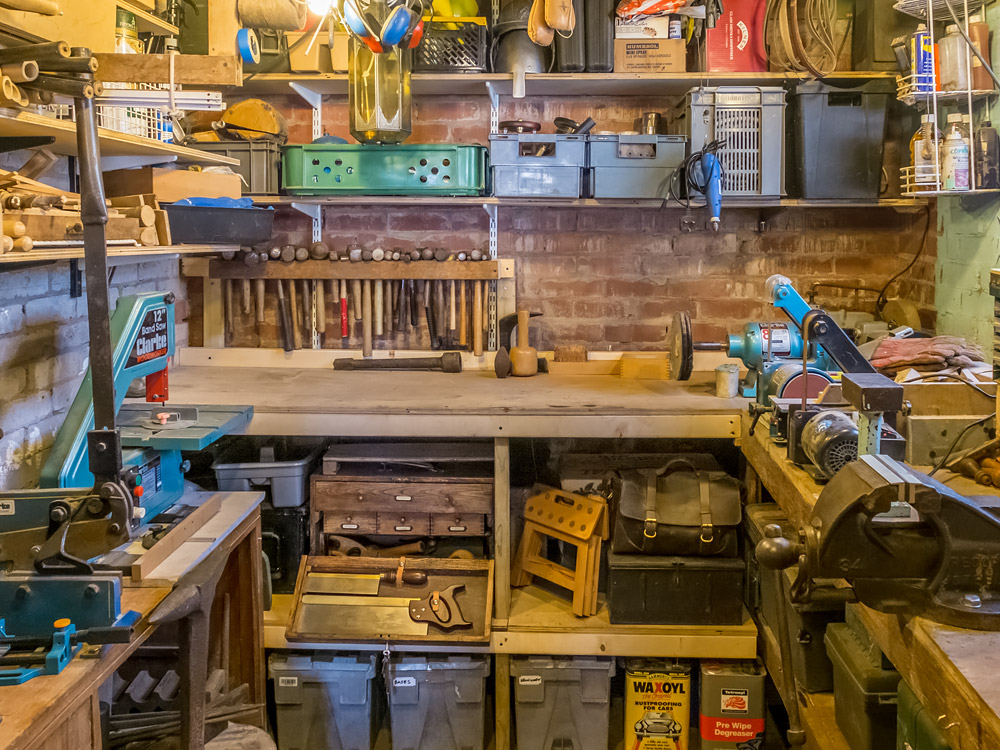 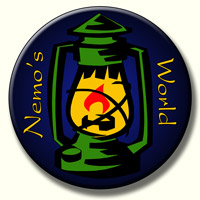